Ep. 20 | Understanding Pre-cancerous Changes to the Lining of the Uterus

Pre-cancerous changes to the lining of the uterus do not get a lot of attention, but are a critical aspect of a woman’s fertility and overall gynecological health. Women, especially those who want to preserve their fertility, need to understand what the risks are for developing pre-cancerous cells and how they can mitigate those risks.

In this episode, Shelly Seward, M.D., FACOG, gynecologic oncologist at Women’s Care Florida, joins host Mark P. Trolice, M.D., to break down how pre-cancerous changes to the lining of the uterus come about and what patients can do to detect and treat it. 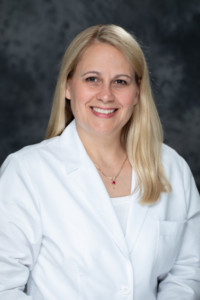 Dr. Seward is board certified in gynecologic oncology, and obstetrics and gynecology by the American Board of Obstetricians and Gynecologists. Her practice offers complete care for ovarian, uterine, cervical and vulvar cancer, as well as complicated benign gynecological issues. Dr. Seward performs all levels of surgery from minimally invasive preventative surgery to radical tumor resections. She administers chemotherapy, coordinates radiation therapy, and helps her patients manage side effects from treatment.